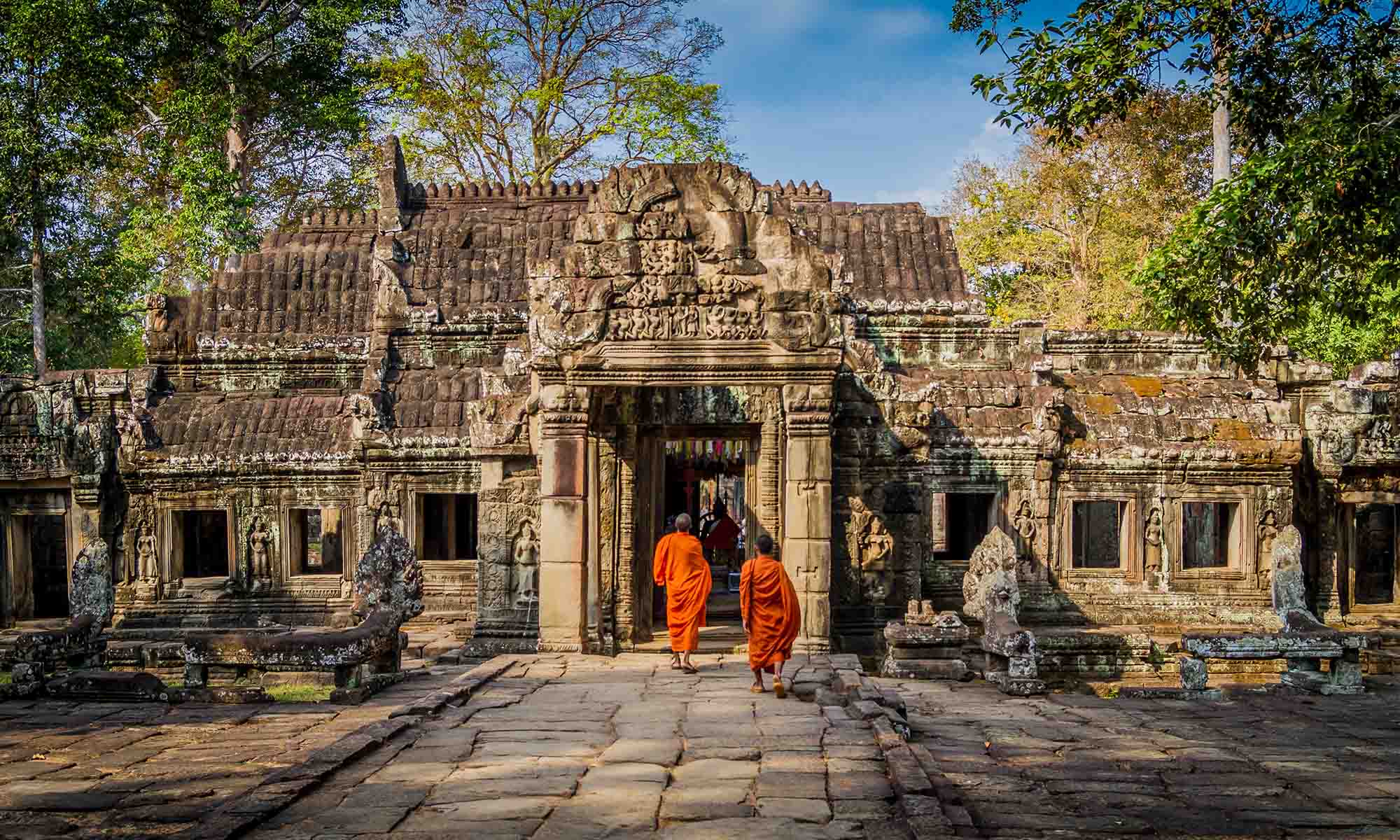 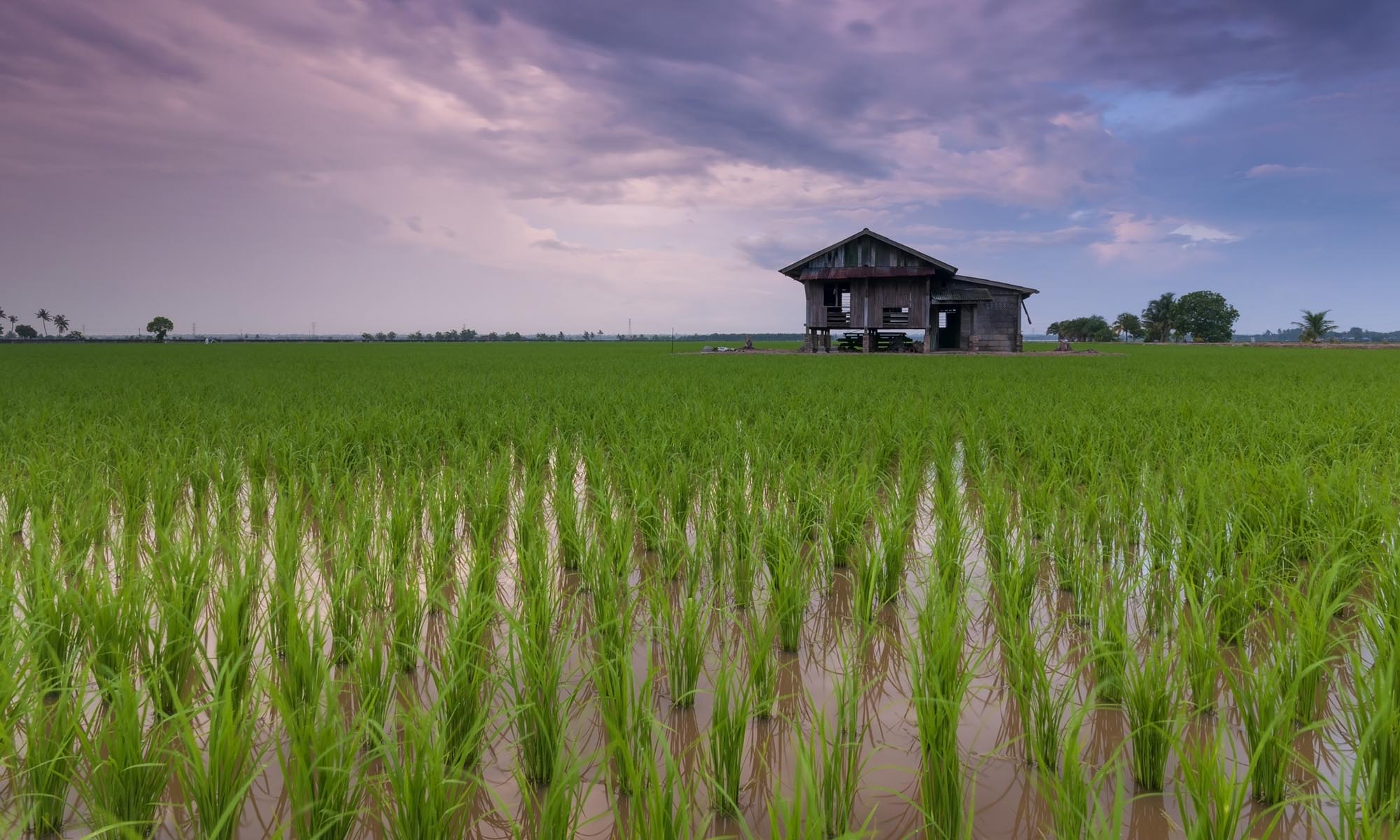 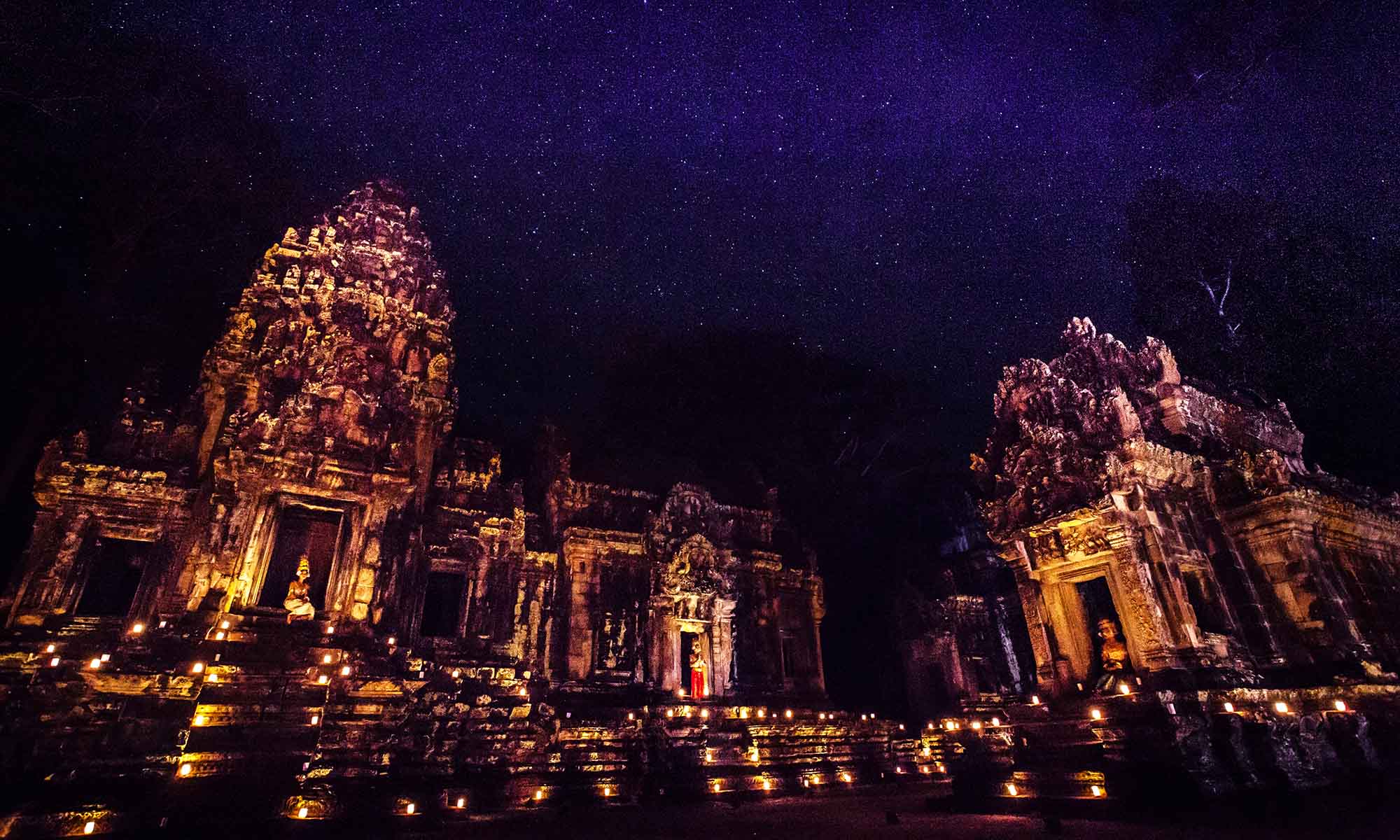 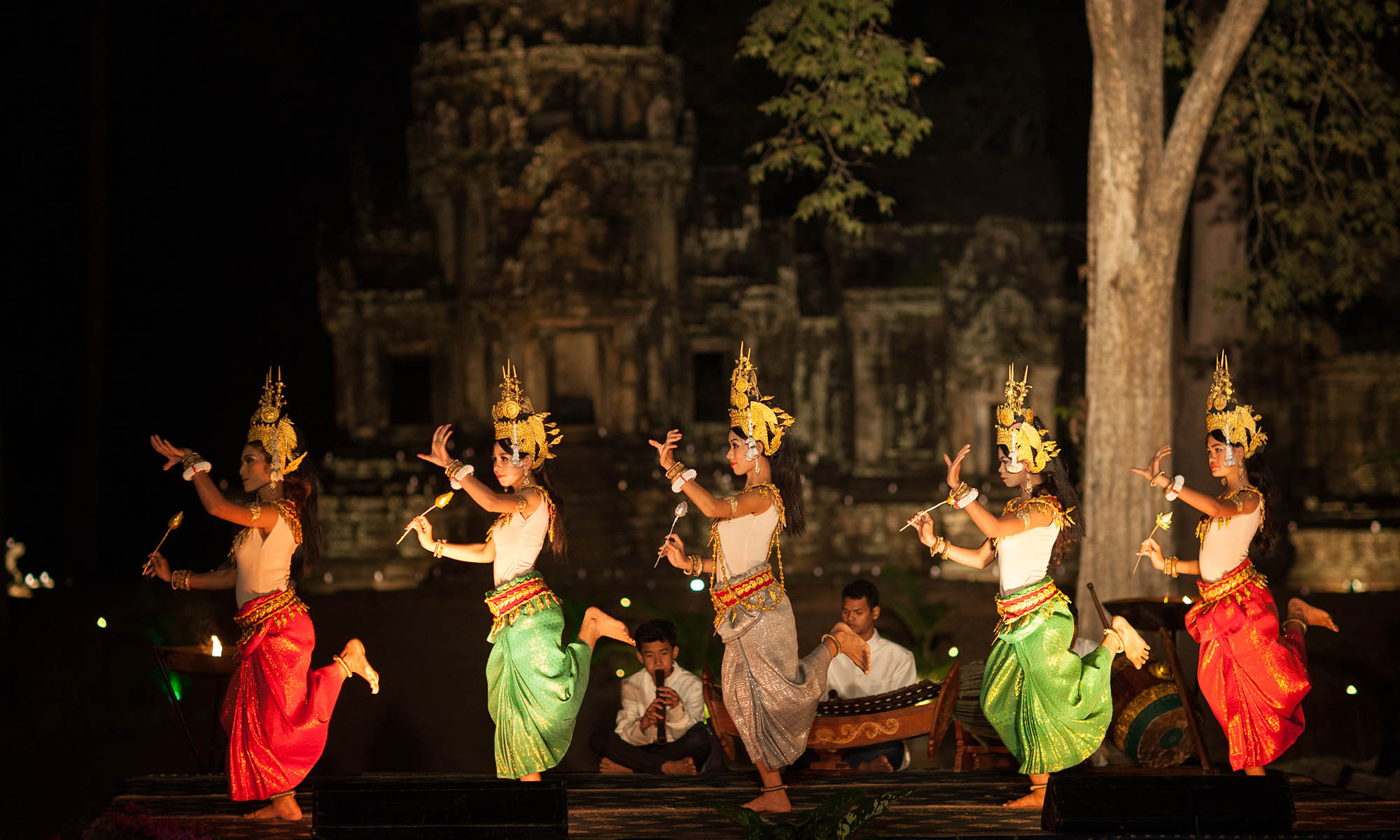 Cambodia is truly a land of mystery and contrasts, from the grandeur of its ancient temples to the busy streets of Phnom Penh. Discover a hidden empire within a tropical forest, peaceful green rice fields concealing the devastations of a tumultuous century of war, and a renaissance of art and culture in the urban centers.

Today’s Cambodia is the heir of the former Khmer empire. For over 600 years, the mighty Khmer empire ruled over a vast area of Southeast Asia – lands which today belong to Laos, Thailand and Vietnam. The remains of the Khmer empire can be seen near Siem Reap, at the vast temples of famed Angkor. One of the wonders of the world, Angkor Wat is a sublime testament to Khmer architectural genius and religious strength. Surprising to many until arrival is that the temples of Angkor are not only Angkor Wat, but include many more temples surrounding the whole of Siem Reap. There is no other ancient religious monument area in Southeast Asia that is comparable in grandeur and scale.

There is much more to Cambodia than just Angkor. Phnom Penh is undergoing a major renaissance and becoming one of Southeast Asia’s hippest cities with a vibrant art and fashion scene, cosmopolitan cafes and world class dining. One can’t visit Cambodia without acknowledging its painful past. A visit to Tuol Seng Genocide Museum in Phnom Penh and one of the Killing Fields help tourists better understand this country and its resilient people. Serene Tonle Sap lake and the Mekong River are the heart and soul of Cambodia, where you’ll find floating villages where locals live and work peacefully. Battambang, the city of performing arts offers Angkor-era temples mixed with French colonial architecture. Going South to the Gulf of Thailand, the port city of Sihanoukville is the gateway to Cambodia’s sixty one pristine tropical islands.

A visit to Cambodia is an exciting journey from Southeast Asia’s ancient world through modern times.

Legend | The Origin of Thunder and Lightning

A long time ago, the goddess Moni Mekhala and the giant Ream Eyso were students of a powerful forest hermit. The hermit possessed a magic ball, which he would bestow on his most gifted student. He gave them the task of collecting a glassful of morning dew. Ream Eyso, the giant, gathered as many leaves as he could, and one-by-one, let the droplets of dew slide from each leaf into his glass. The goddess, Moni Mekhala spread a handkerchief on the grass and left it there overnight, and squeezed the dew out of the cloth and into the glass the next morning. She arrived to present her full cup of dew to her teacher before the giant did. The goddess received the magic ball, and the giant received a magic ax as a consolation prize. The giant was jealous and chased the goddess with his ax. He threw the ax, the noise created was thunder. The goddess avoided danger by tossing the ball into the sky, creating a bolt of lightning that blinded the giant. Ream Eyso howled and rubbed his eyes, but by the time he could see again, Moni Mekhala was far away, lost in the clouds. "I will find you," he cried. "I will chase you forever and ever," and with that he too raced into the clouds, and rain began to fall.