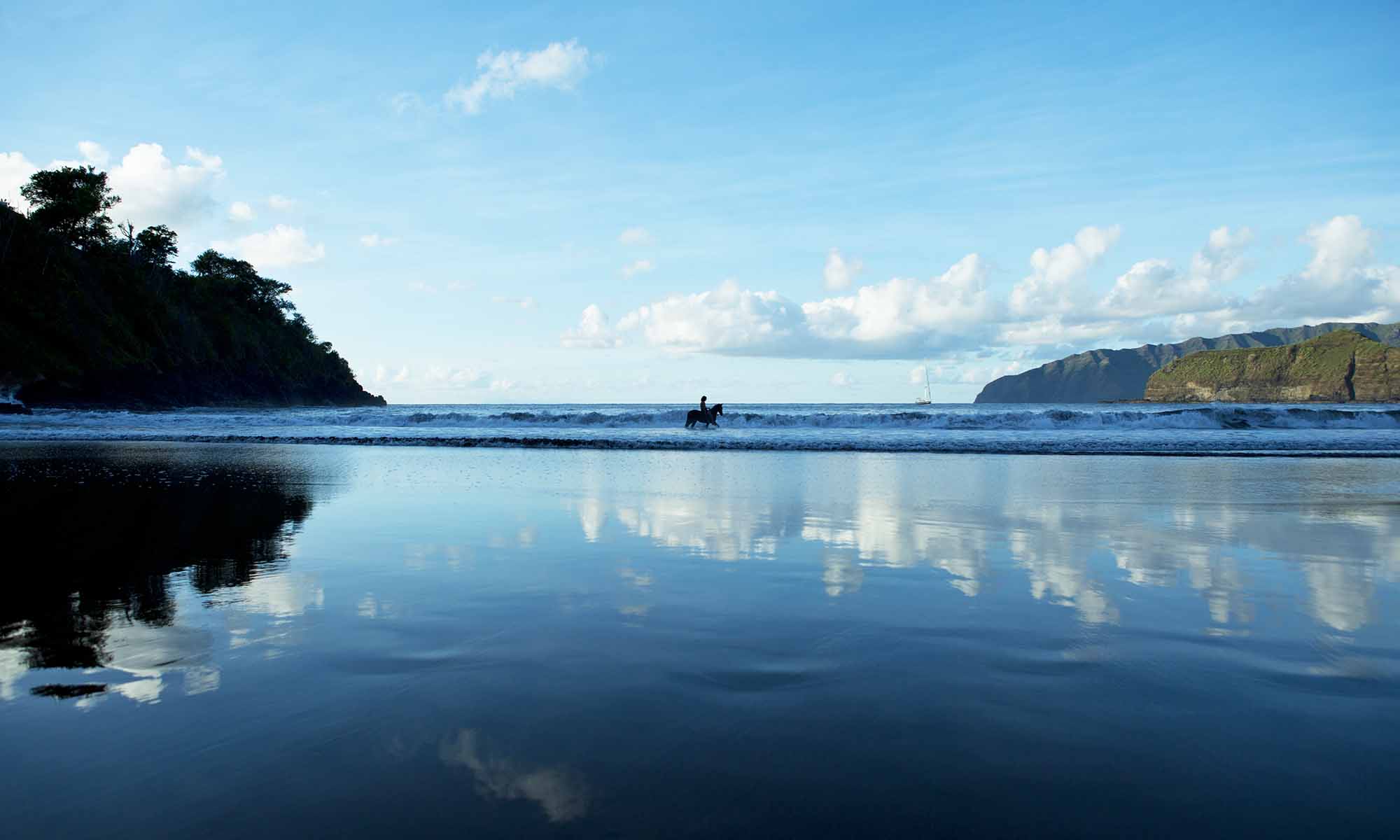 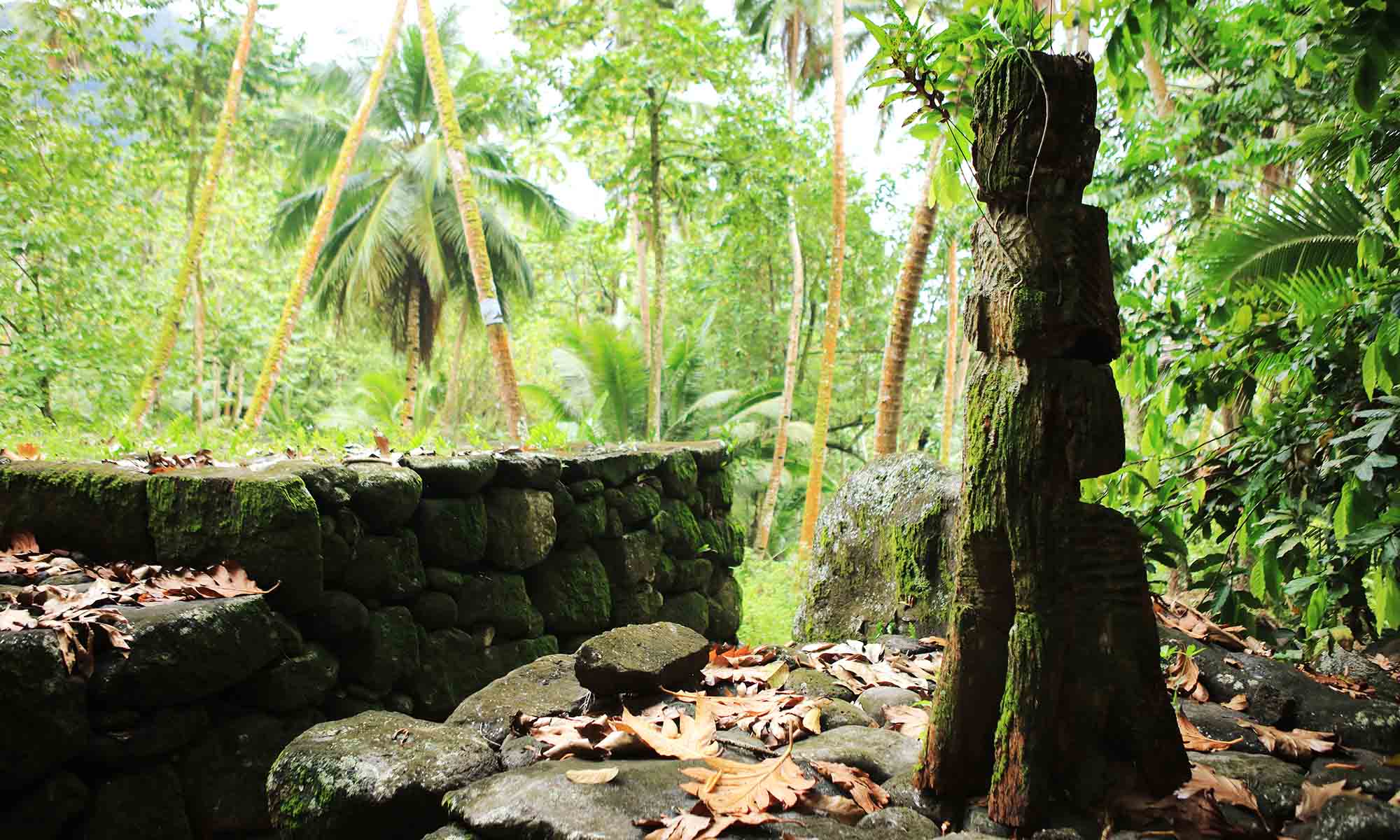 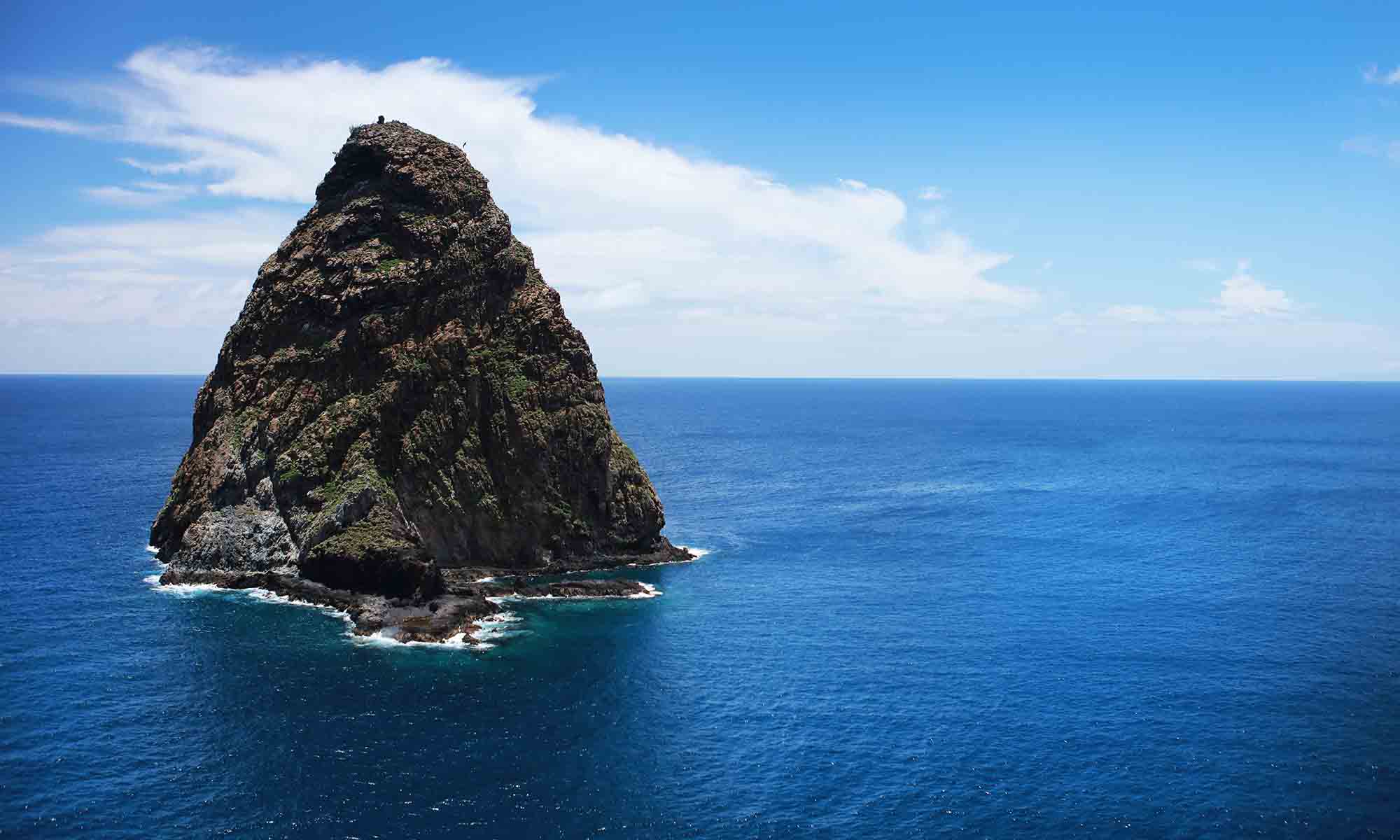 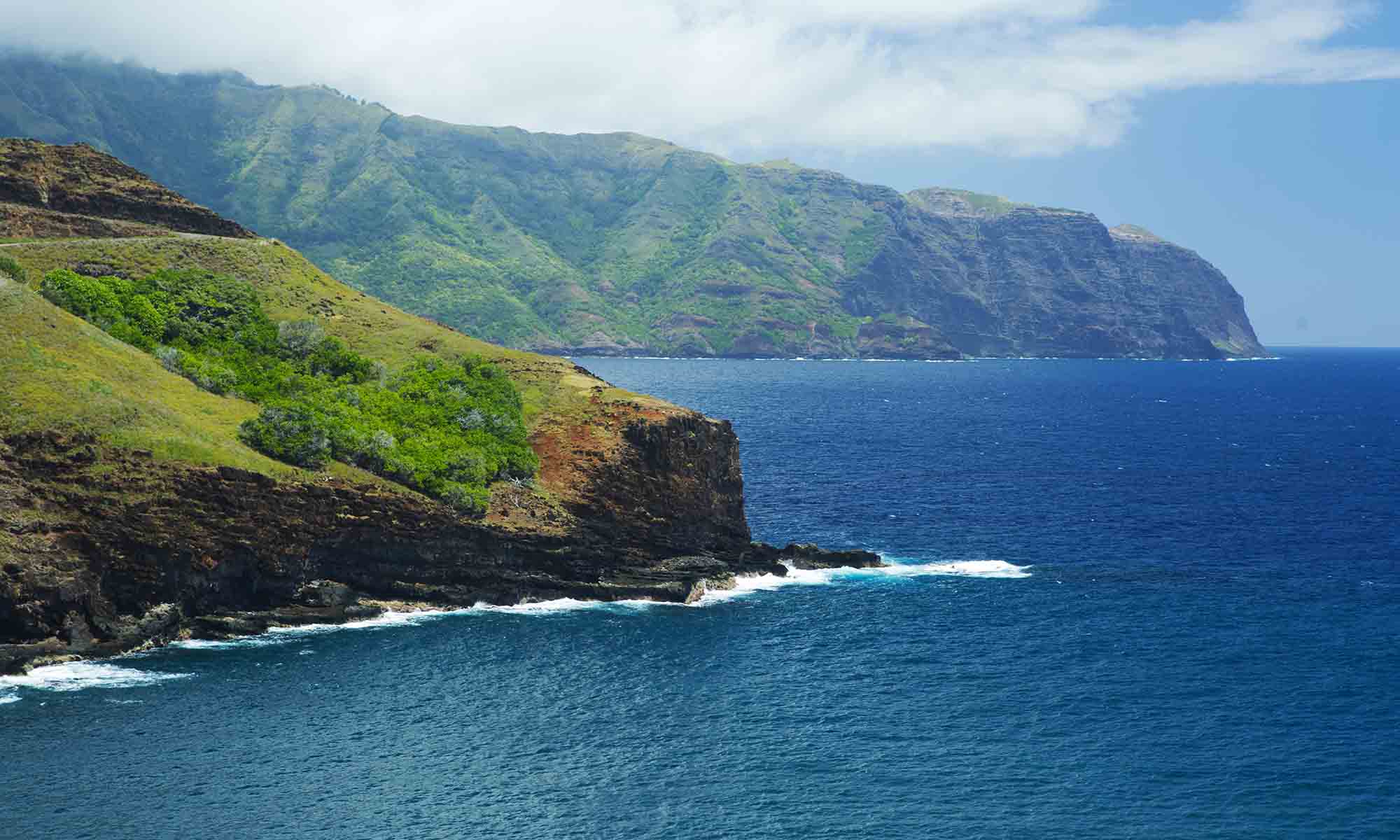 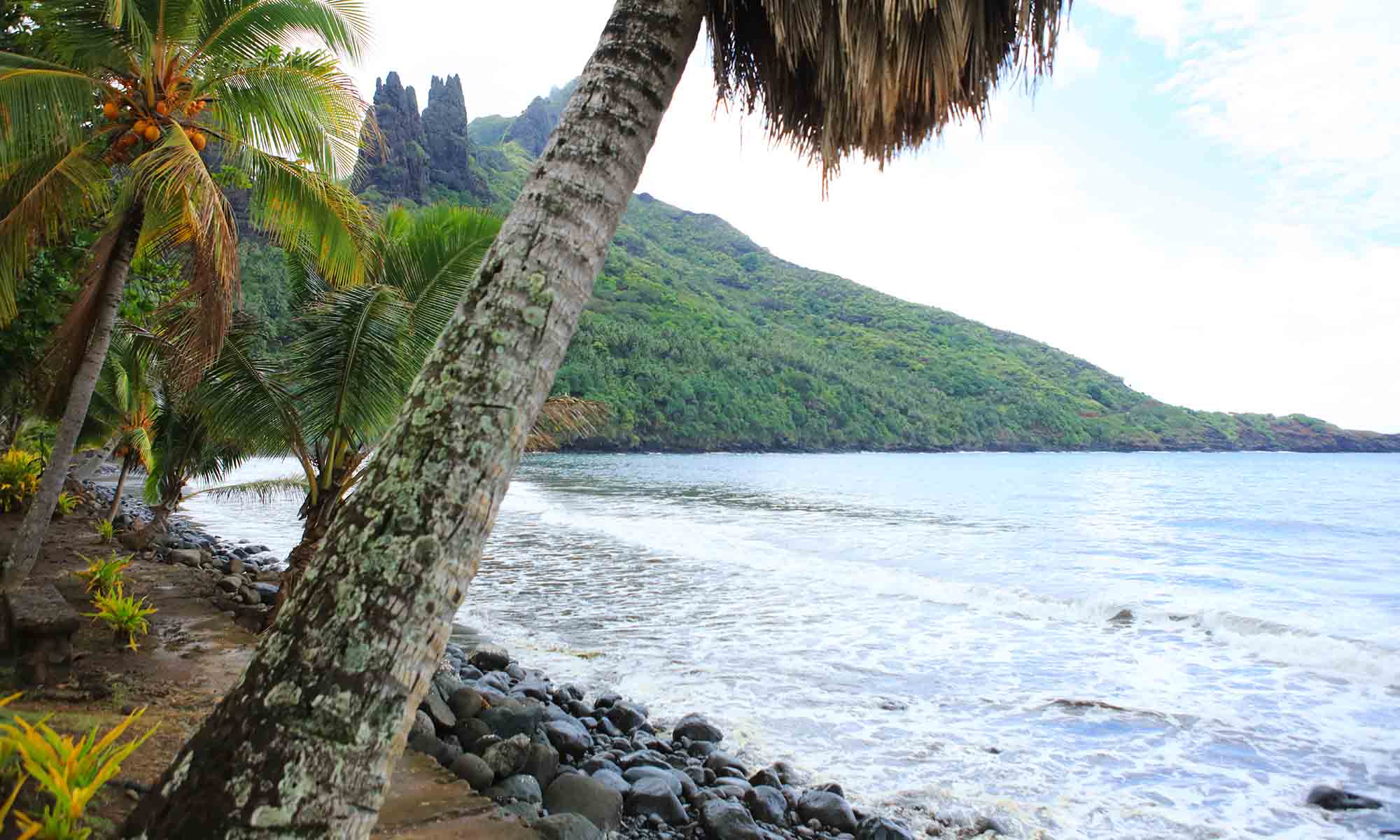 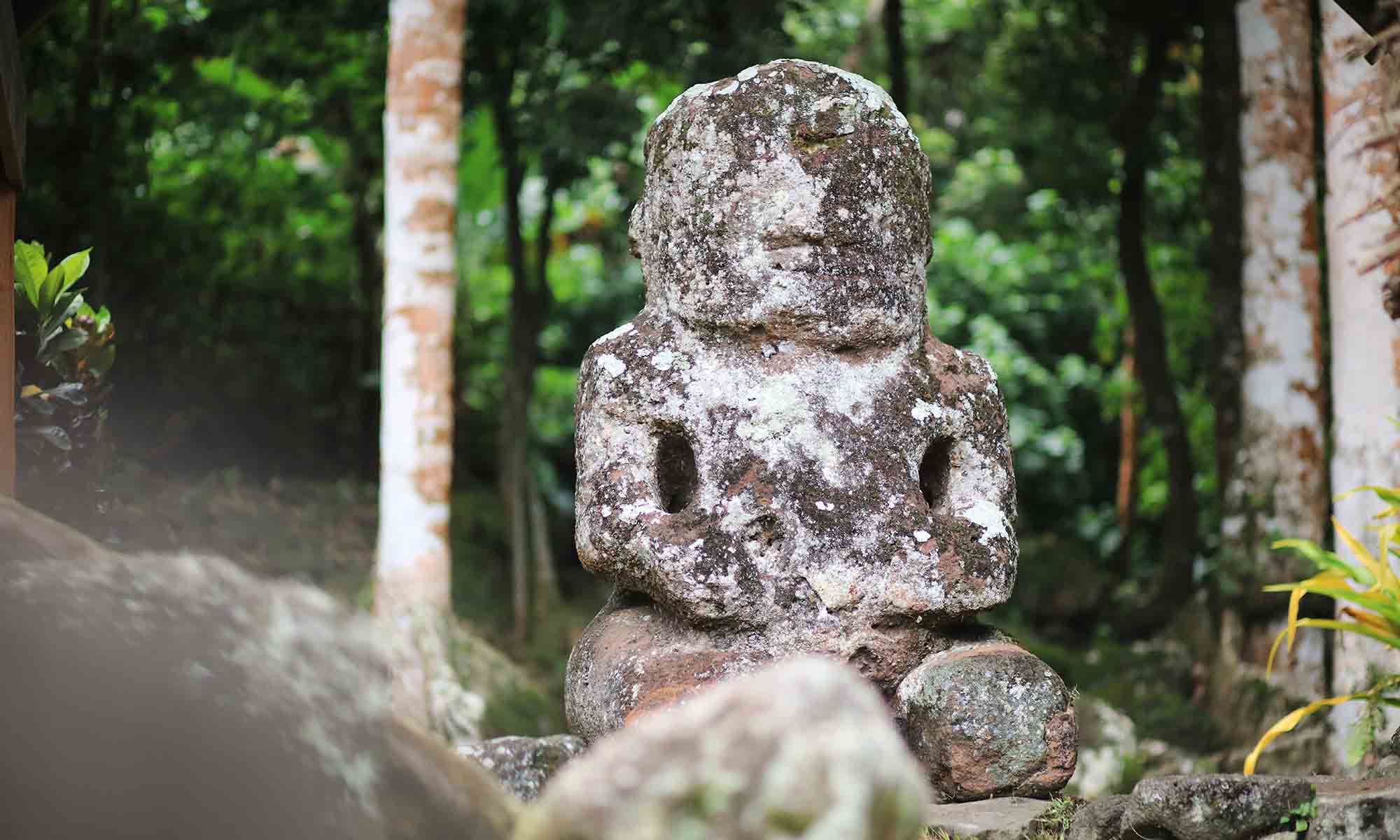 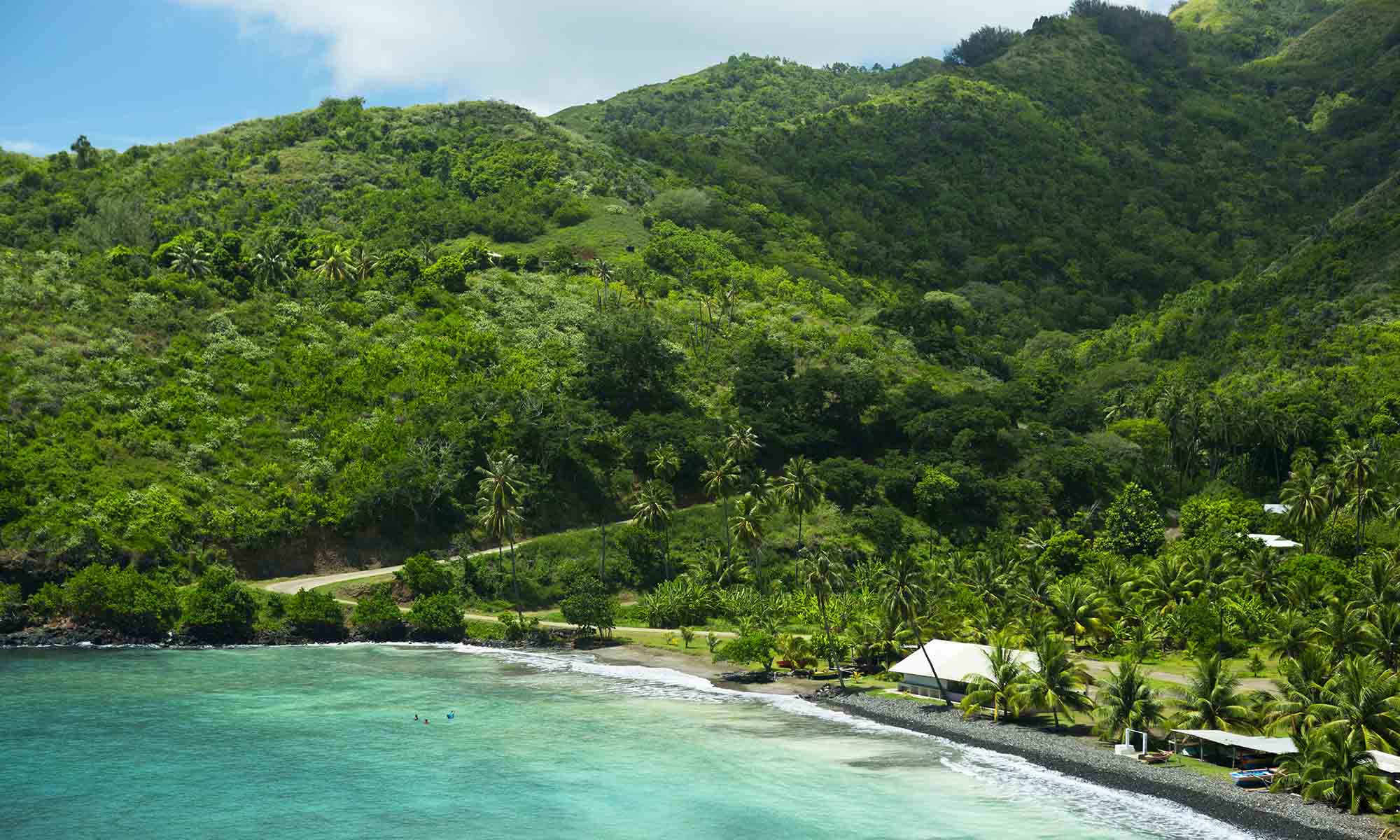 The rugged, untamed Marquesas Archipelago is among the most remote island groups in the world. Unlike the Society Islands, there are no tranquil lagoons and protective barrier reefs here; instead, sheer volcanic peaks soar thousands of feet above the surging sea while waves break relentlessly against their jagged shores.

Known as the Land of Men or “Te Henua Enana” by their earliest inhabitants, the Marquesas Islands are an unmatched paradise of spectacular waterfalls, abundant sea life and quiet, unspoiled places. With their wild terrain and deep, fertile valleys ready for exploration, they are the ideal escape for hikers, divers, nature enthusiasts and adventure seekers alike.

These distant, mysterious islands whisper the many secrets of their primitive past. While several of them are very small and remain uninhabited to this day, Nuku Hiva and Hiva Oa are among the main settled islands and are home to many archeological sites. These hidden, historic treasures include stone temples, large tiki statues and ancient petroglyphs. Their quaint villages are also rich with culture and embody a lifestyle that is still infused with ancient traditions.

The Marquesas have a fascinating artistic heritage. Many forms of traditional Polynesian artistry that once originated here are preserved and still practiced today. The locals have proudly safeguarded the ancient patterns and techniques of tattoo artistry, wood carving, sculpture and handcrafts.

Like something out of a storybook, the Marquesas are a land of natural wonders. Their unparalleled scenery, rugged landscapes and cultural intrigue beckon to those in search of an adventurous escape beyond the ordinary.

Oatea and Atanua, the very first man and woman, ruled the seas when the world was young. Atanua much desired for her and her husband to have a house. Although he did not know how to build one, Oatea promised Atanua that he would channel his “mana” (divine powers) and entreat the help of the gods to build her a house by the next dawn. Oatea chose a site in the middle of the ocean known as Tuaka and erected two posts, which he called Ua Pou. These two posts supported a long beam, which became the island of Hiva Oa. Next, he added the rafters, which became the big island of Nuku Hiva. Weaving coconut palms together to form the thatch, he created the island of Fatu Hiva. As dawn approached, Oatea’s divine energy began to ebb. He dug a hole for debris and threw the final scraps of wood and vegetation into it, creating the island of Eiao. Then Atanua cried out that she heard the song of the morning bird. “That” Oatea replied, “is Moho Tani (Motane).” As dawn broke and the sun began to lighten the sky, Oatea saw the glimmer and declared, “This is Tahuata.” And therein lies the legend of how the Marquesas Islands, the “Land of Men,” were formed.