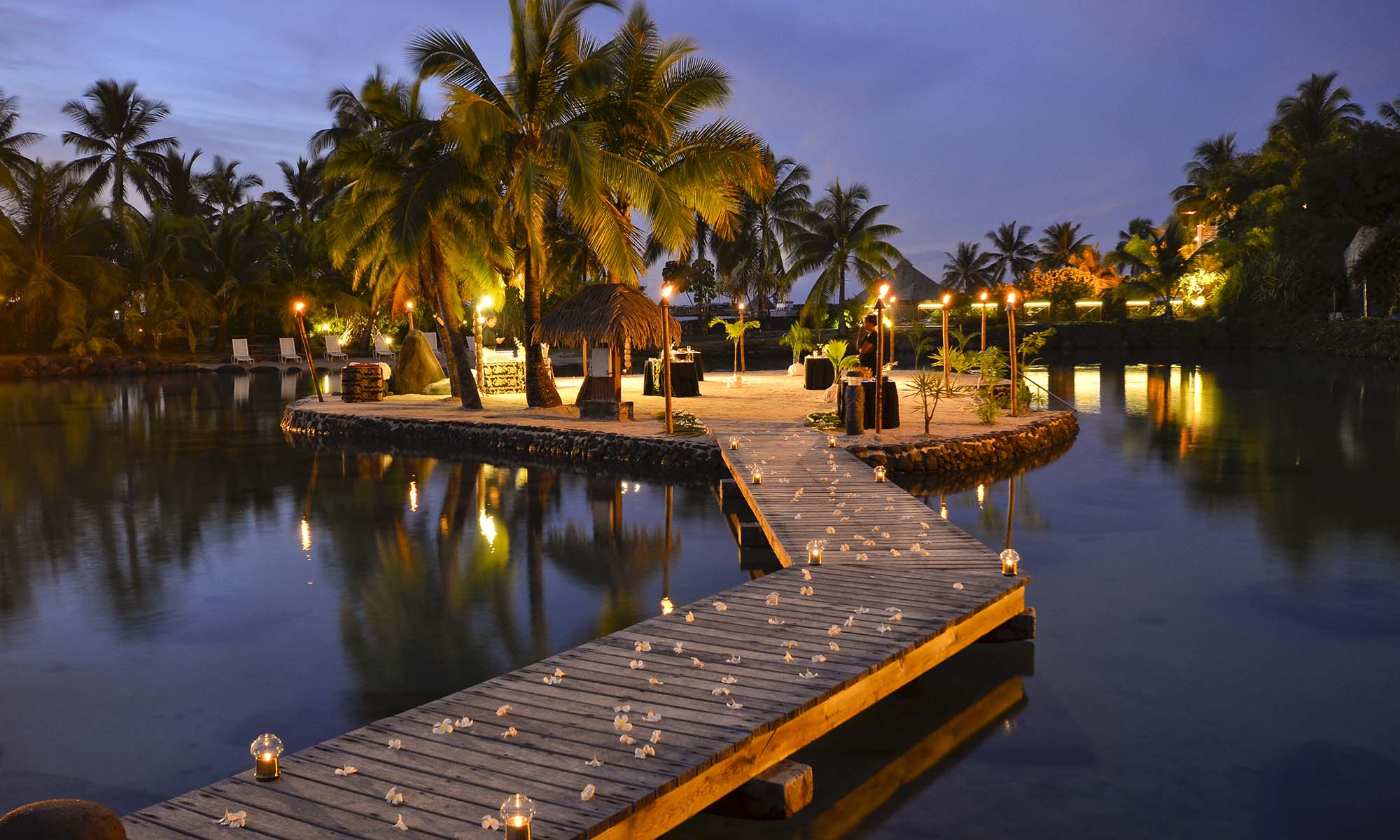 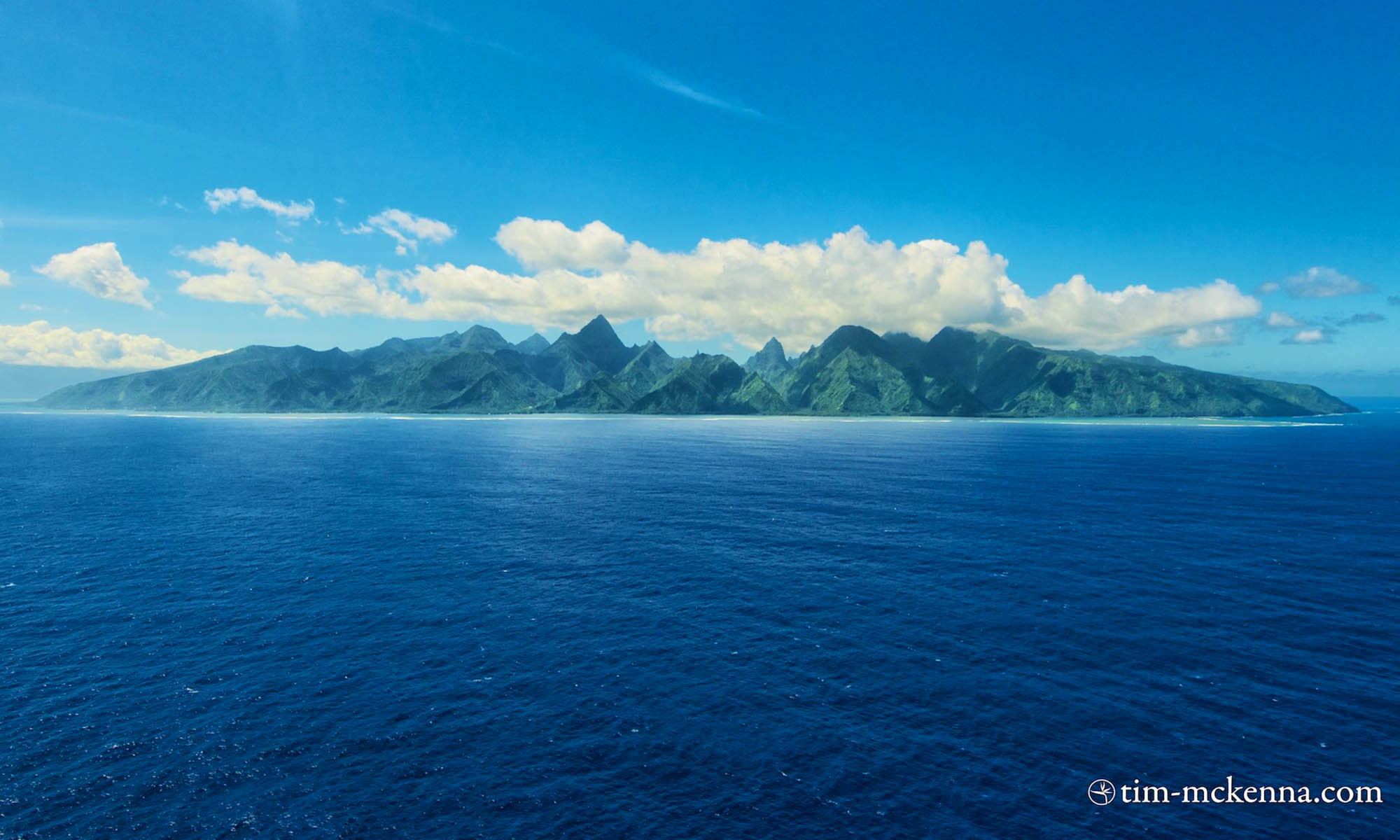 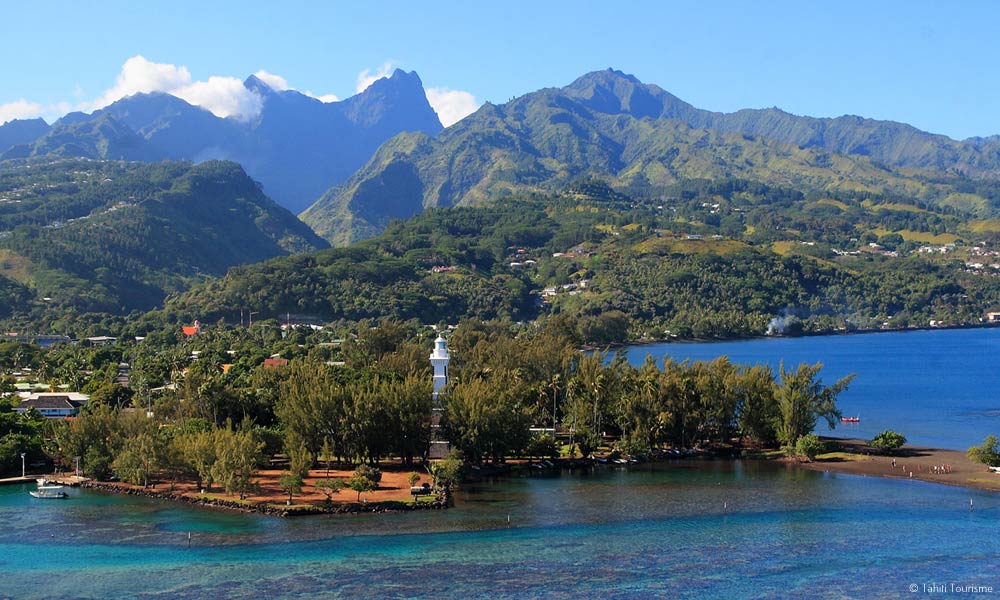 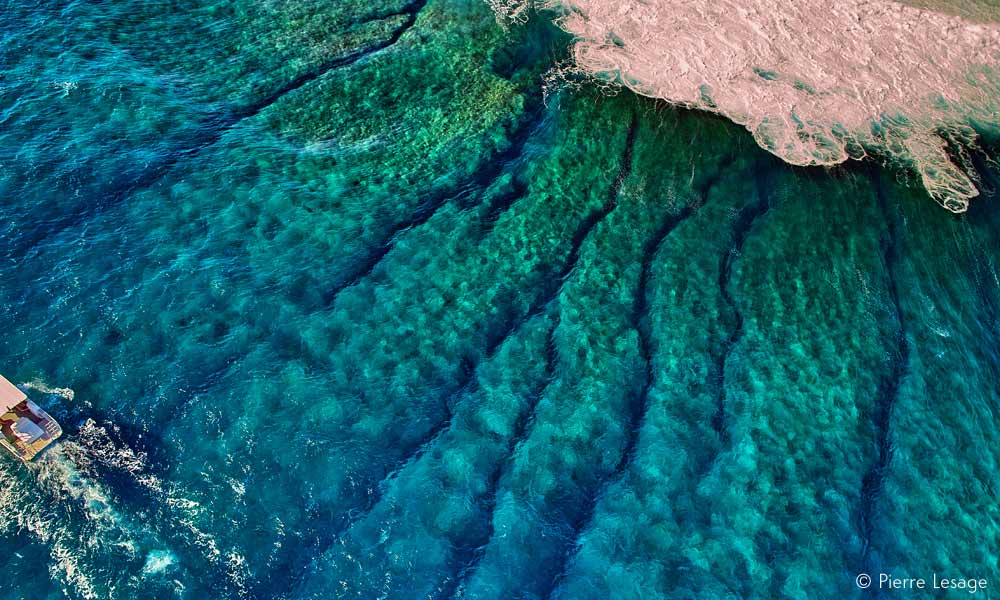 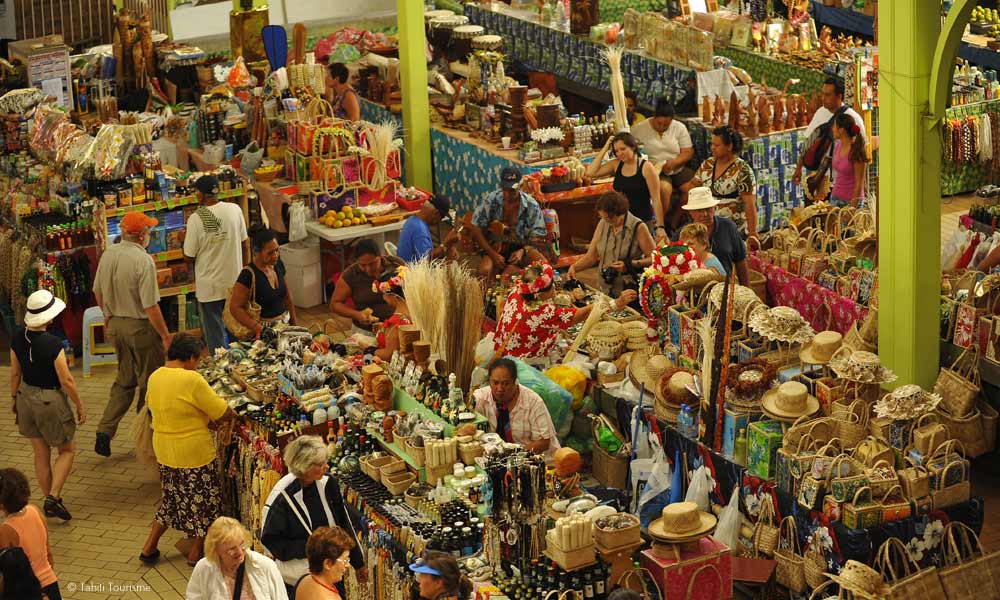 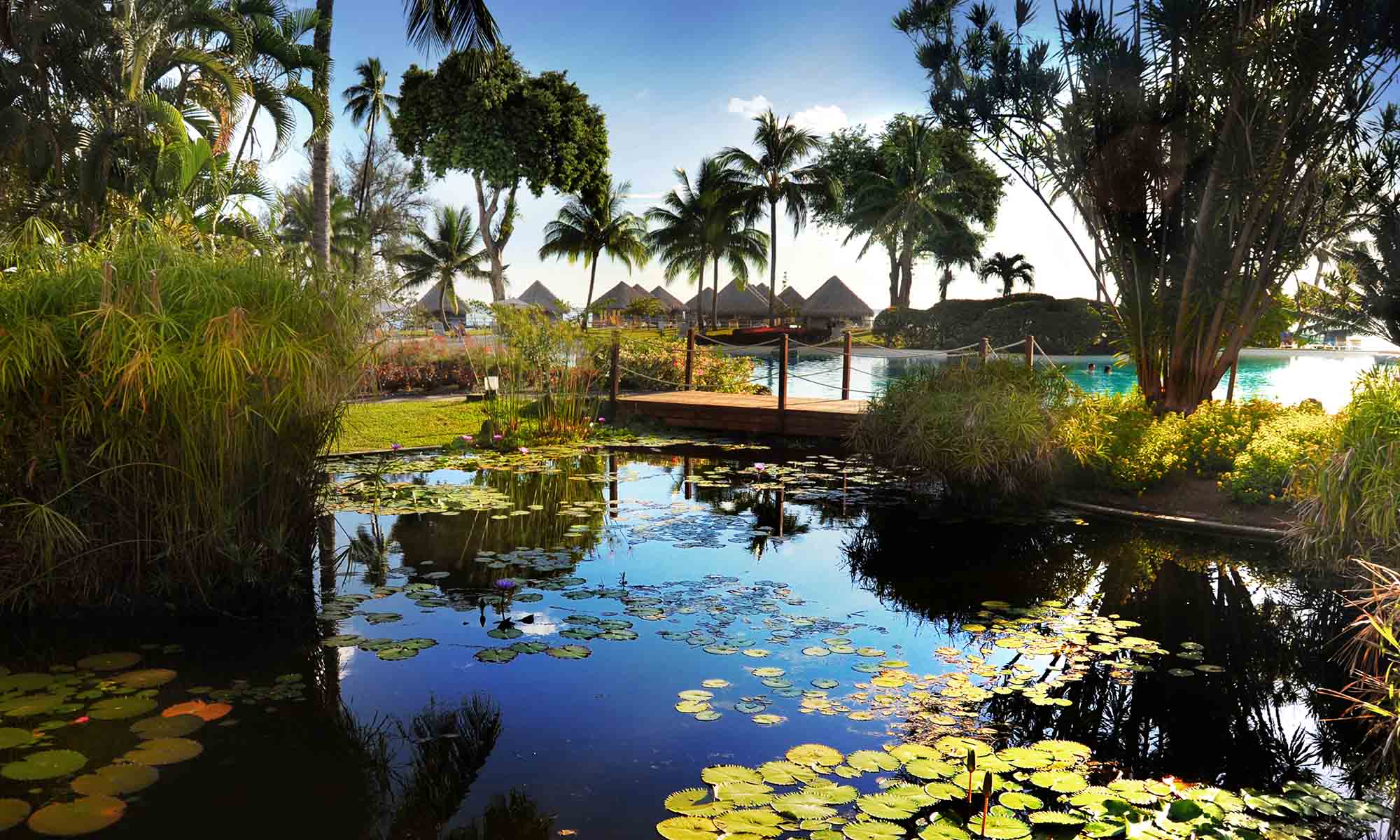 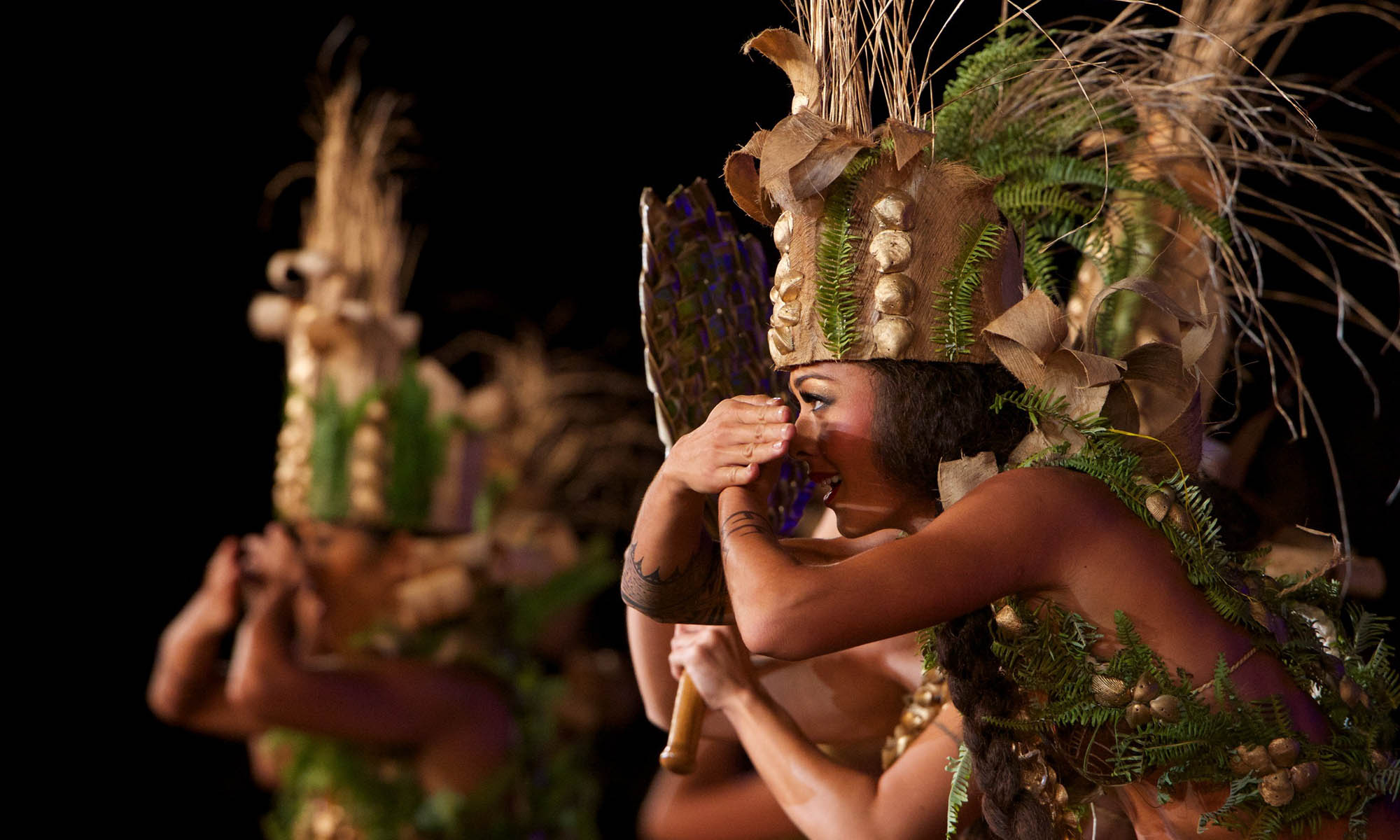 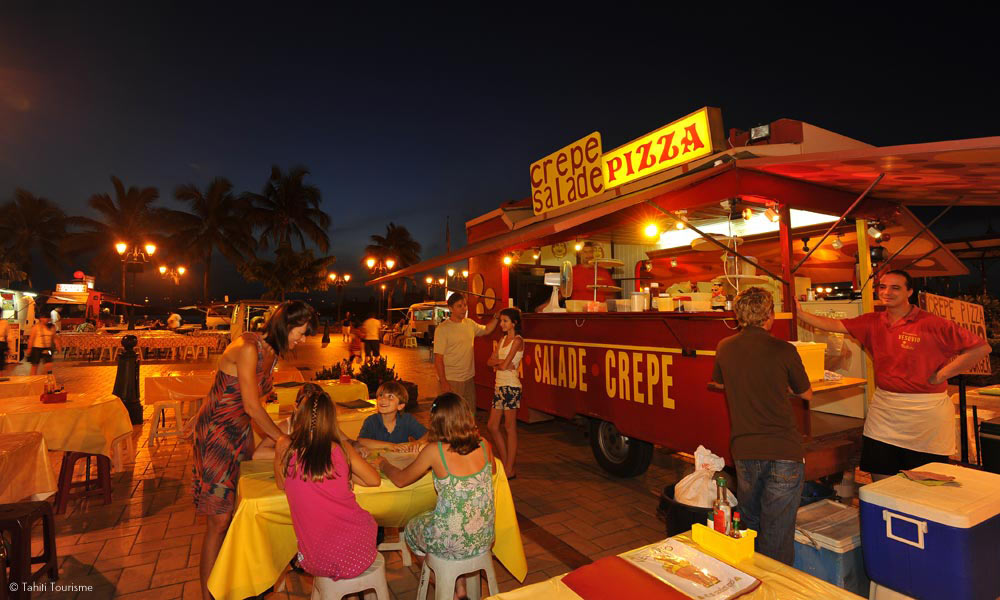 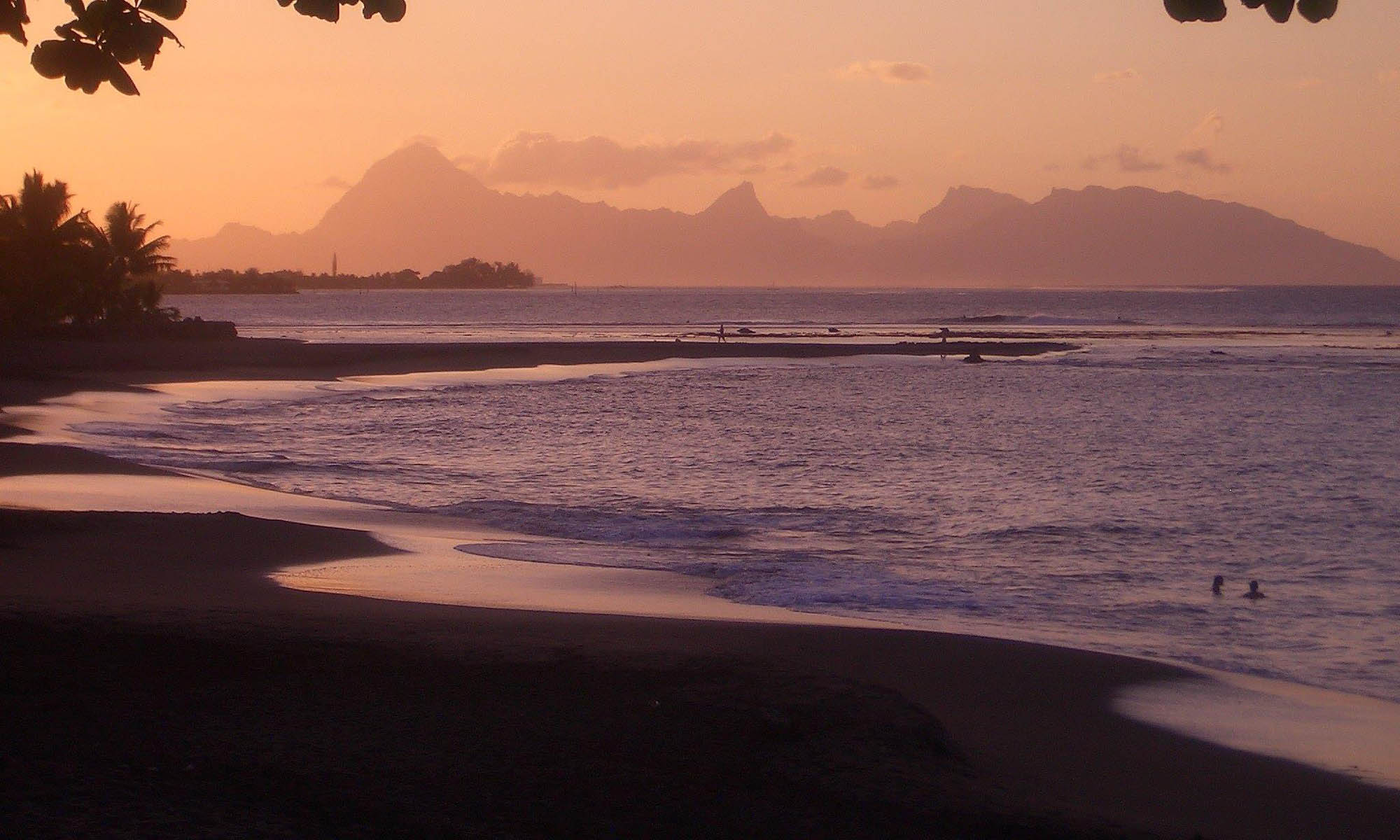 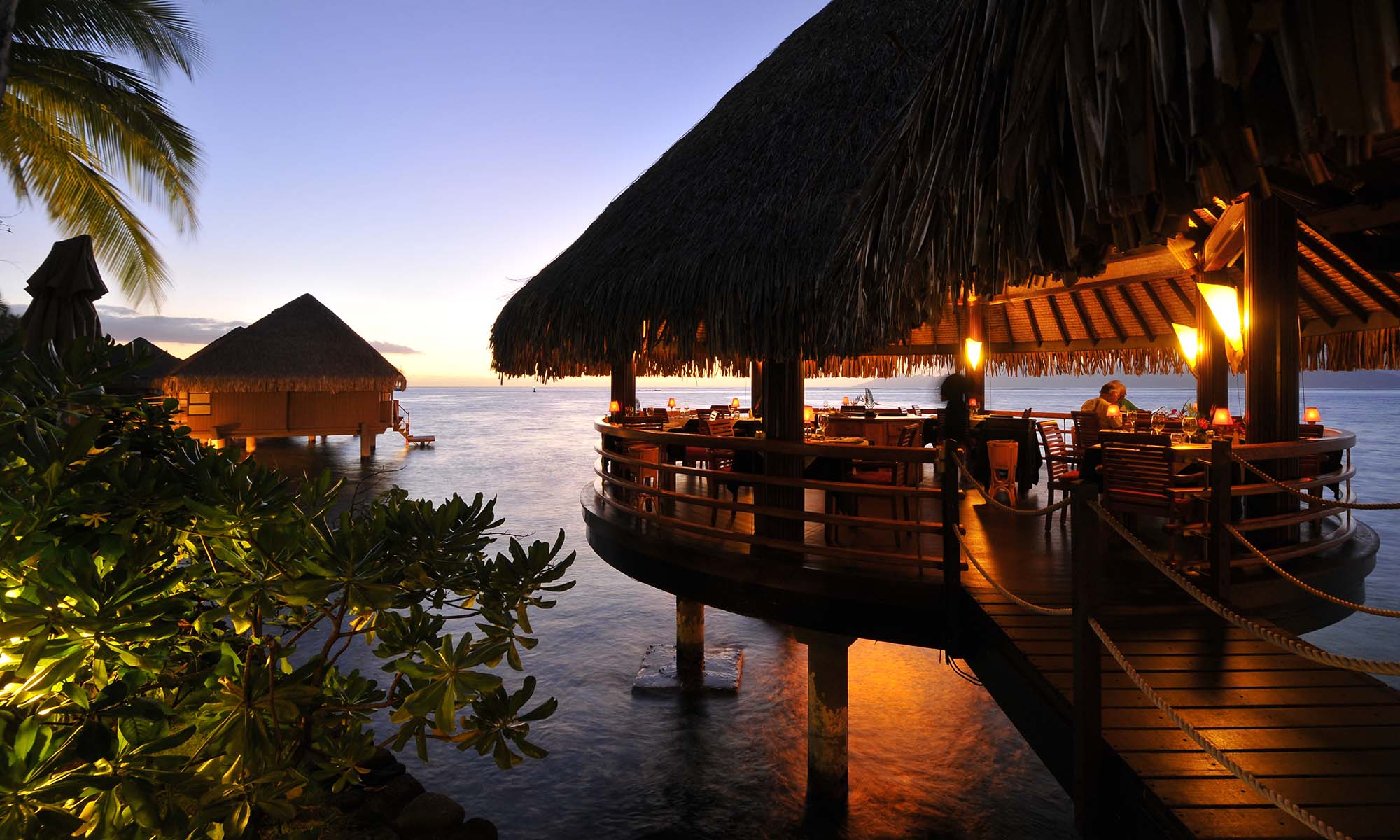 Crowned by Polynesia’s two highest peaks and encircled by black, velvety beaches and pink coral reefs, Tahiti is the largest of the 118 islands that comprise French Polynesia. As the very heart and economic center of the destination, the island proudly receives all visitors via Faa’a International Airport.

Papeete (pronounced “pah-pay-ay-tay”) is Tahiti’s bustling capital. Once a sleepy port town, its streets are humming with cars, motorized scooters and colorful buses known as “le truck,” while its harbor is busy receiving cargo freighters, copra ships, luxury liners and chartered yachts. Its shops are overflowing with clothing, jewelry and locally made handcrafts. There are a variety of restaurants and sidewalk cafes serving Tahitian, French and Asian cuisine – many of which offer their patrons the perfect front row seat to the activity.

Vai’ete Square is the center of excitement. This famous waterfront creates a lively boardwalk atmosphere for locals and visitors alike. Music fills the air throughout the day and into the evenings. At night, gourmet catering trucks called “Les Roulottes” are open for business, offering delicious, affordable meals ranging from Chinese food and French crépes to fresh fish and steak sandwiches.

A trip to Tahiti is never complete without a visit to Le Marché, Papeete’s popular open-air market. The first floor of this lively marketplace is dedicated to selling local produce such as fragrant plants and flowers, tropical fruit, vegetables, vanilla and brilliantly colored, freshly caught fish. The second floor is abundant with authentic souvenirs, offering everything from genuine Marquesan woodcarvings to colorful Tahitian pareos.

Away from the harbor, beyond the hustle and bustle of the downtown square, the scenery gradually evolves into lush foothills tufted with swaying coconut palms. Here, you’ll find waterfalls cascading through emerald green valleys and waves of pink bougainvillea. Pure as the day it was created, this tropical paradise is guarded by the majestic Mount Orohena, believed to once be the dwelling place of the ancient gods.

Legend | The Gateway to Paradise

The legendary rock at Point Tata’a still exists today. Long ago, chiefs would come to this rock and scatter feathers in an ancient ritual that would determine a person’s destiny. The way the feathers fell would signify whether or not that individual would be able to enter Rohutu Noanoa. Known as the “Gateway to Paradise,” Rohutu Noanoa was believed to be a place of supreme perfection; a place where the water sparkles like diamonds and is abundant with fish. When someone died, if allowed in, they would transform into a bird and fly away to paradise. If not, they became a slave and lived forever in darkness.